Holidays and Events in Iceland 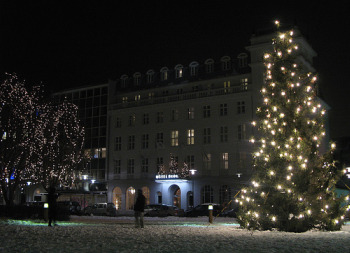 Iceland celebrates several holidays and events throughout the year. Most arts and culture events are held in Reykjavik, though no matter where you go in Iceland, you’ll find the major holidays being celebrated in towns large and small. Here’s a round up of the most popular holidays and annual events in Iceland.

Christmas Season (December)
Christmas festivities start in Iceland around December 12. That’s when the 13 Yule-Lads, with names like  Window Peeper, Bowl Licker, Pot Scraper, and Door Slammer – come down from the mountains to essentially terrorize (all in good fun) the people of Iceland. Children leave their shoes out on the windowsill and, if they’ve been good, the Yule-Lads will leave a gift. Christmas is also a time of much celebration, and a festive atmosphere is found all over the country as people put up thousands of Christmas lights. On Christmas Eve, families celebrate with dinner and then the opening of gifts.

>> more on Christmas in Iceland

New Year’s Eve (December 31)
Like elsewhere around the world, New Year’s Eve in Iceland is celebrated with a countdown to midnight and tons of fireworks. Though unlike many other places, you won’t find the bars and clubs to be the most busy. People in Iceland have a family dinner on New Year’s Eve, and don’t begin the major partying until after midnight.

Thorrablot (mid-January to mid-February)
The ancient Viking month of Thor, commemorating the Norse god of Thunder, falls between January and February each year. The Vikings celebrated with dancing, singing, drinking and eating lots o f their traditional food as possible. They ate slatur,the Icelandic version of haggis, boiled lamb’s heads, rotten shark, and ram’s testicles. During the month of Thor, modern Icelanders re-create this celebration by consuming these traditional foods. Many restaurants even offer special  Thorrablot menus during this time. 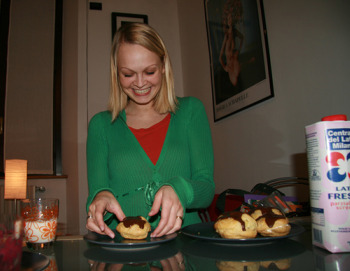 Bolludagur or “Buns Day” (two days before Lent; usually in February or March)
On Bolludagur or “Buns Day”, people consume, with reckless abandon,  cream puffs or “buns” that come in all different shapes and sizes and are filled with cream or jam. Children wake up early and try to catch their parents still in bed. If they do, they “beat” them out of bed with home-made “Bun Wands,” and then are rewarded with one cream puff for every blow dealt.

“Oskudagur” or Ash Wednesday
Ash Wednesday nearly resembles Halloween in American, though the children don’t dress up in costume. They do run around the town though, asking at businesses for special candy and treats. They also collect ashes into small bags called “Oskupokar” and attempt to secretly pin them onto people’s clothes.

Iceland Food & Fun Festival (late February or early March )
The week-long Food and Fun Festival is marked by special menus and promotions at Reykjavik restaurants. Chefs from around the world come to work at a local restaurant for the week, devising special menus using traditional Icelandic ingredients.

Beer Day (March 1)
Beer Day commemorates the repeal of the 75-year ban on beer, which took place on March 1st, 1989. In Reykjavik, the event is celebrated with lots of drinking, pub crawls, and parties at local bars.

First Day of Summer (third Thursday in April)
The Firs Day of Summer is one of the biggest celebrations in Iceland. Parades, sporting events and musical performances are held all around Iceland.

Sjomannadagur or Seamen’s Day (early June)
Mostly celebrated in small fishing villages, this holiday honors the contribution fisherman have made to the culture and economy of Iceland. The festivals generally include parades, rowing and swimming races, tugs of war, and sea rescue competitions, plus plenty of food and drink. 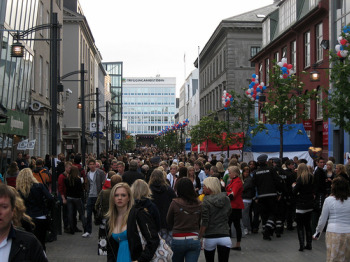 Icelandic Independence Day (June 17)
Iceland gained its independence from Denmark in 1944, a fact that is celebrated every year on Independence Day. The holiday is held on  June 17 because it was the birthday of Jon Sigurdsson, who helped the country become independent. Parades and fireworks mark the occasion all over Iceland.

Verslunnarmannahelgi Weekend (first weekend in August)
The Icelandic version of Labor Day Weekend, most families celebrate the holiday by heading out to the countryside for a long weekend to play and relax. In Reykjavik, bars and restaurants are all but deserted during this time. a

Fiskidagurinn Mikli (weekend after Verslunnarmannahelgi)
Held in the tiny village of Dalvik, north of Akureyri“Big Fish Day” is a celebration of sea creatures, which involves feasting on fish soup, and playing games. The small town, which is home to only 1500 people, welcomes thousands for the festival.

Reykjavik Gay Pride (August)
Over 80,000 people attend the family friendly Gay Pride event each year – and for a country of only 300,000 or so, that’s quite a bit. The weekend features lots of parties, musical performances, and a huge parade. 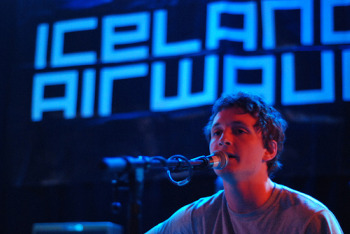 Menningarnott “Reykjavik Culture Night” (August)
Culture Night is all about the museums, galleries, churches, cafes, restaurants, stores and other establishments in downtown Reykjavik, which stay open into the night and present a variety of exhibitions, concerts, performances, theater and other cultural events.

Rettir or Sheep and Horse Round-Up (September)
During September, farmers in Iceland must round up their free-roaming sheep and horses for the winter. This round up can take up to a week, and at many farms, guests are invited to participate. Even novice riders can be of help, working on the farm and helping to sort and care for the animals.

Iceland Airwaves Music Festival (October)
Iceland Airwaves has been held annually in Reykjavik every October since 1999. Attracting thousands of music fans from around the world, the festival welcomes acts from Iceland and from the international music community.