When to Go to Iceland 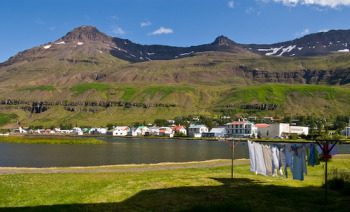 Iceland’s tourist season runs from June to August, as this is when the country sees the best weather and longest hours of daylight. It’s easiest to drive around the country without worrying about poor road conditions during this time, all of the summer attractions and accommodations are open, and there’s a general atmosphere of excitement and happiness among the people enjoying the all-too-short Icelandic summer.

But summer isn’t the only good time to visit. Iceland makes for a great destination all year round. Here’s what to expect at different times of year.

Many of the country’s best festivals are held during the summer, and remote areas like the interior and the cliffs of Hornstrandir become accessible. Whale watching is popular, and thanks to the never-ending days, you can pack in tons of activities every day of your trip.

But, that’s not to say that summer is the only time you should visit. And in fact, there are a few downfalls to visiting during the peak months of June, July and August. For one, it costs more. Airfare is much more expensive during peak travel times, car rental rates are driven up by the high demand and limited supply, and accommodations charge their highest rates of the year. And while Iceland never feels crowded, you will see quite a few tourists at the major sites and you may find yourself stuck behind a long line of slow-moving tour buses on the Ring Road. 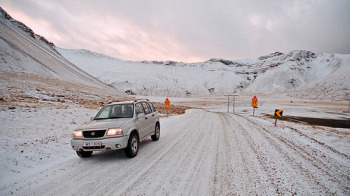 Visitors in winter will see a completely different side of Iceland. Instead of endless summer days, they get only a few precious hours of sunlight each day. It’s cold, it’s gray, it’s snowy…it looks more like what you imagine of a place called Iceland. But it’s not all dreary doldrums. Winter is the time to see the Aurora Borealis, or Northern Lights, those wavy patterns of color and light that show up over the night sky when it’s clear. Christmas season is a time of excitement as well, particularly in Reykjavik. From mid-November, the nearby town of Hafnarfjörður hosts a Christmas Village with choirs singing carols, vendors selling traditional Christmas trinkets, and even little elves running around.

Most winter visitors stay in Reykjavik and take day trips rather than risk braving the icy roads, many of which are completely impassible in the winter. Though winter isn’t nearly as cold as you would think (New York’s average lows are colder), the weather can be unpredictable and storms can come up quickly. Winter visitors can still take part in many of the best outdoor activities though, and they’ll get to enjoy some of the cultural attractions that summer tourists miss out on, like the theatre and symphonies, which take summer off.

Winter rates are much lower too. Hotel rates drop by 30-40% with discounts often given for longer stays. Airfare is cheaper, and you’ll find far fewer tourists around. You’ll fine some areas inaccessible and some attractions and lodgings closed, especially outside of Reykjavik, but the trade off may be worth it. Plus, there’s no more surreal experience than soaking in the Blue Lagoon in a snowstorm.

April and May and September and October are shoulder season months in Iceland. The closer you visit to summer, the better the weather will be, but you can still enjoy some great price breaks. Unfortunately, many of the attractions and adventure tours to Iceland’s more remote corners will still be unavailable, and you’ll find that it rains much more during these months. In Autumn, the leaves in Iceland change color and fall to the ground, while in spring millions of birds (over 200 species) nest on the country’s cliffs. In September or early October, free-roaming horses are rounded up in the north, and many farms allow visitors to join in. In Reykjavik, many of the arts and culture festivals are held during shoulder season, so it’s a good time to visit the city.