Things to Do in Iceland in Winter 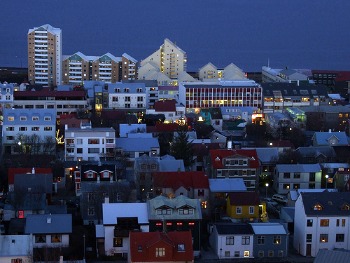 Iceland’s high season takes place in it’s all-too-short summer with the bulk of tourists coming from mid-June to mid-August. It’s easy to understand why many people would prefer to come in summer when days are long and warn. Winter in Iceland is cold (temps range from -3° to 3° C) and dark – on the shortest days of winter, there are as few as four hours of sunlight. But in exchange for cold, dark days visitors who do make it to Iceland will find that they’ll save quite a bit of money and will still have plenty to do. Here are some of the best things to do in Iceland in winter.

Iceland’s largest city is bustling year round, though you’ll find far fewer tourists and cheaper prices for accommodation in winter. Check out Reykjavik’s many museums, dine at some of the city’s best restaurants, stock up on Icelandic fashion and art, and learn more about the history of Iceland. You can also do several easy day tours out of Reykjavik, so you can see some of the country while staying close to the city.

Icelander’s have a reputation for drinking a lot and being hard partiers year round – if it was only light for four hours a day, wouldn’t you drink until it was summer again? The runtur is the name given to the weekend bar crawl that takes place every Friday and Saturday in Reykjavik. Residents and visitors alike take to the clubs around midnight or 1am (after having a few rounds at home) and dance and drink until nearly five in the morning. 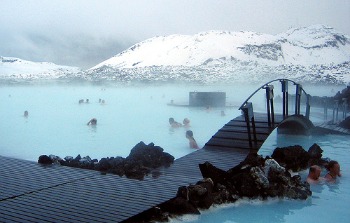 Soak in the Blue Lagoon

Iceland’s Blue Lagoon is open year round, as are many of the community pools located in cities around the country. The water at these pools is so hot that even if it’s freezing outside, you’ll still remain toasty warm (except for the run from the locker room to the pool!). I personally prefer the Blue Lagoon in winter, when snow is falling gently into the milky blue water.

>> more on the Blue Lagoon

Horseback riding is another all-weather, year-round sport in Iceland. The Icelandic horses are very sure-footed and adept and making their way over snow and ice. If you book with a reputable company, they’ll even provide outdoor gear like insulated snow-suits so you’ll stay warm and dry no matter what the weather brings.

Iceland is a playground for those with an adventurous palate. You can try puffin, lamb, whale, horse, and hakarl (fermented shark) at many of the city’s restaurants, or grub on more familiar (but no less delicious) fare like fresh fish, lobster, lamb, and hot dogs. If you come in mid-January to mid-February, you can experiences the festival of Thorrablot, of the ancient Viking month of Thor. Commemorating the Norse god of Thunder, the festival involves dancing, singing, drinking and eating traditional foods like slatur, the Icelandic version of haggis, boiled lamb’s heads, rotten shark, and ram’s testicles. Many restaurants even offer special  Thorrablot menus during this time. 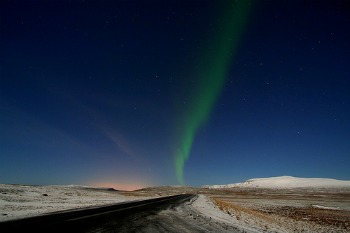 Though there are some places you simply can’t get to in winter in Iceland, much of the country remains accessible to those with 4wd vehicles. If you’re not up for braving the roads in your economy rental car, its wise to book a guided tour. There are dozens of day trips to choose from, many of which leave from Reykjavik.Visit the sights of the Golden Circle, walk on a glacier, go snorkeling (outfitted in a cozy dry suit), visit a volcano, or learn to drive a Super Jeep over Iceland’s rugged terrain.

>> more on day tours from Reykjavik

Search for the Northern Lights

The Northern Lights appear from September to March, and though sightings are never guaranteed, there are many tour companies who will drive you to a viewing point and provide warm gear, hot drinks, and even dinner, while you wait for the lights to dance overhead. You don’t have to pony up for a tour though. In fact, sometimes you don’t even have to leave the city, as the lights can often be seen from Reykjavik.