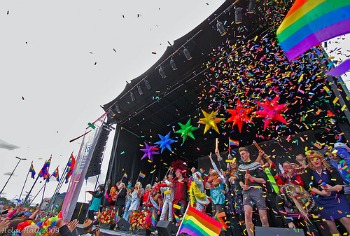 For many visitors, one of the best things about Iceland – aside from the insanely beautiful nature wonders and delicious cuisine, of course – is the unique culture of Iceland. Icelanders are an interesting lot, a group of hardy Nordic people who somehow, despite suffering through cold, dark winters in an unforgiving land rife with volcanoes, glaciers and moving fault lines, manage to be among the happiest on the planet.

Icelandic society is very accepting and holds very progressive views on gender equality and gay rights. There are many women in leadership positions in government  and the country has been at the forefront of gay rights legislation. The prime minister is a lesbian and married her partner in 2010, after Icelandic legislators made same-sex unions legal. Every August, Reykjavik hosts a gay pride festival that sees over 80,000 attendees.

Icelanders have a great sense of humor

Icelanders have a dry sense of humor and seem to have no problem poking fun at themselves. Just check out Iceland Wants to be Your Friend (and sign up for their adorable email newsletters) or Is an Icelandic Volcano Erupting for a look at typical Icelandic humor.

Scan the menus at many of Reykjavik’s restaurants and you may assume that everyone in Iceland is fine feasting on whale meat. But that’s not the case. Just as some people in the US eat meat and others are vehemently opposed, it’s the same in Iceland. While some people still consider it a vital part of their diet, others believe the practice of whaling is cruel and should be halted for good.

It seems to be quite curious to most visitors that Icelanders believe in elves and trolls. In actuality, it’s a smaller percentage (most surveys show about 25%) of the people that actually believe, while the majority of the population believes that there is a possibility of the existence of elves. Either way, elves play a large role life in Iceland. There is a school where one can go to learn how to communicate with elves, and those who can talk with the elves can make a very nice living off their skill. 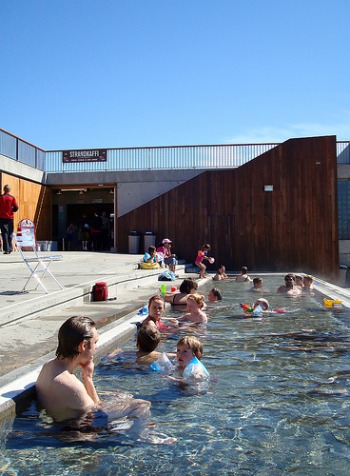 Icelanders can be a bit pushy

There are an average of 3 people for every square kilometer in Iceland, making it a very sparsely populated country. Even in Reykjavik, where 2/3 of the population lives, there’s still quite a bit of room and it’s easy to drive 15 minutes out of town and be completely alone. Maybe because Icelanders are used to all that space, or maybe because it’s a small town where everyone knows everyone else, Icelanders seem quite comfortable being very pushy in public places. Step into a crowded bar on a Friday night and you’ll see, or rather feel, for yourself. Icelanders have no problem gently pushing people out of their way; it’s not meant with malice, it’s just a way to maneuver through a crowd.

Icelanders are educated, independent and place a high priority on health

Without overgeneralizing, it’s fair to say that most Icelanders are very well educated (Iceland has a 100% literacy rate and has one of the highest per capita rates of book sales in the world) and place a high emphasis on self-sufficiency. Many Icelanders have a hobby which they are quite passionate about and many create some form of art – visual art, design, knitting, music, and writing are all popular hobbies. There is also strong DIY culture in Iceland. Iceland is very technologically advanced, with one of the highest number of broadband Internet connections per capita. Finally, Icelanders are very healthy. It’s illegal to use any hormones in meat for human consumption and there’s an emphasis on eating healthy, organic foods. Icelanders tend to exercise a lot in the winter, and there is a strong culture around time spent relaxing and socializing at public pools, the hot water of which is said to have many healthy benefits.