Reasons to Visit Iceland in 2011 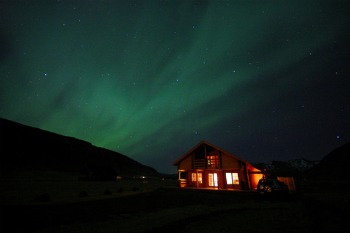 Back in October, we published a BootsnAll feature on 10 reasons to visit Iceland now. If you’re still not convinced that now is a better time than ever to visit Iceland, here are a few more reasons why you should not miss a visit to this island country in the coming year.

Getting there is getting easier

The first time I flew to Iceland, I had only a few options for how to get there. None involved flying from my home airport in Chicago; no matter what, I’d need to connect and then take an Icelandair flight to Reykjavik. This year more choices opened up and next year there will be an even greater range of options for getting to Iceland. In July, low-cost carrier Iceland Express will offer flights from Boston and Chicago to Iceland (in addition to flights from Newark currently offered) and beginning in May, Icelandair will offer direct flights from Washington DC. In June, Delta Airlines will become the only US carrier to offer direct flights to Iceland, with service between NYC and Reykjavik. Hopefully all this competition will keep prices low.

Lonely Planet named Iceland’s Westfjords as one of the best regions to visit in 2011. CNN named Iceland as the best place to spend Christmas. And in a recent Skyscanner poll, Iceland was voted as the 4th best spot to visit for New Years Eve.  The eruption of the Eyjafjallajökull volcano put Iceland on the map for many people (though not in a good way), and the country’s tourism board followed up with an awesome marketing campaign that focused the spotlight on the island’s other natural wonders and outdoor activities. Tourism was up 16% in 2010 over 2009, and given the buzz about the beautiful country, it seems poised to continue its increase. Go now and get there first, or consider visiting in off-season to avoid some of the crowds.

After the country’s famous financial collapse in 2008, Iceland got much cheaper than it was before. Though Iceland is still a pricey place to visit compared to many other countries (expect to pay at least $35 for basic hostel accommodation and $6-$7 for a beer in a bar),  the kronur remains relatively weak for now. It’s not expected to soar in value anytime soon, but as the country recovers, costs could rise again. Go now while you can still afford it.

Ready to book? Use the widget below to search for flights, hotels, hostels, or vacation packages to Iceland or read 25 Things You Didn’t Know About Iceland