Driving is one of the best ways to see Iceland. Though the country is small, the low maximum speed (90 kph on paved roads), twisty roads and multiple opportunities for stop offs will make any journey take a bit longer than you might have expected. But that’s okay; in Iceland, getting there is half the fun. On my last trip to Iceland, I found myself often captivated by the road stretching before me, and asked my husband to take photos. Here are some of our best shots from our trip driving around Iceland. 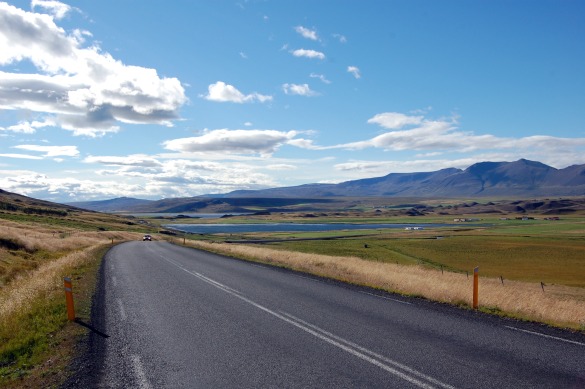 The drive from Reykjavik to Akureyri passes through some gently rolling farmlands. 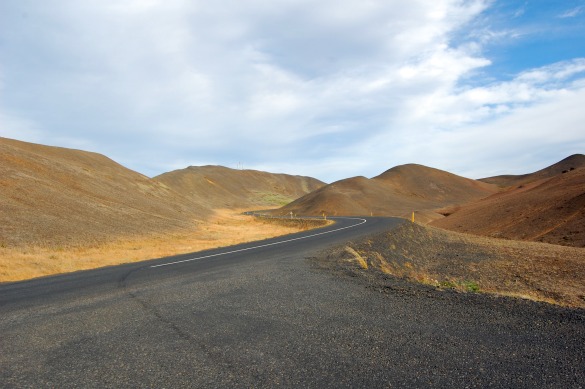 In the north, by Myvatn, the roads that lead into the interior provide a glimpse of some of the landscapes to come. 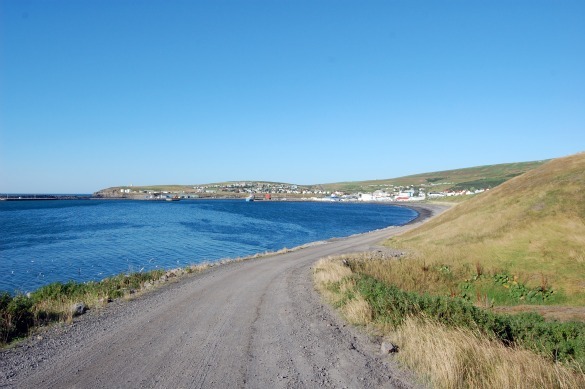 From Kaldbak-Kot to Husavik, a small dirt road runs parallel to the main, paved road. We walked this road into town each day, passing by several fields of horses. 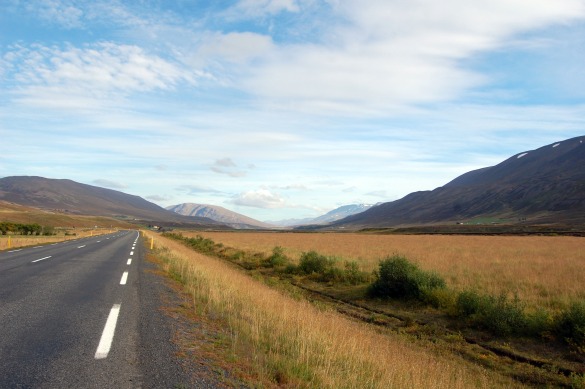 Near Myvatn, large hills give way to snow-capped mountain peaks. 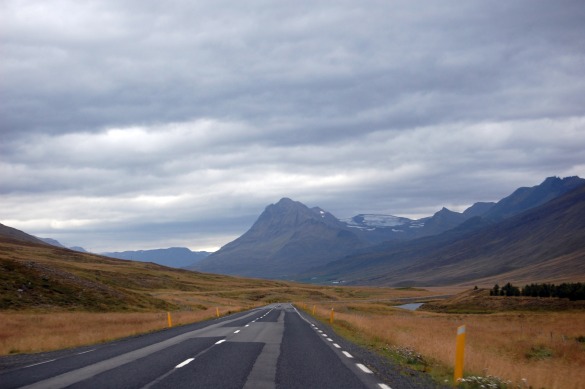 As soon as we got used to one landscape, it would totally change. Free-range sheep were one constant in rural areas. 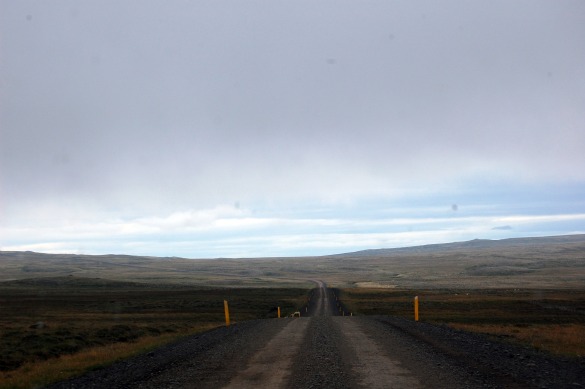 The road through Grundarfjordur on the Snaefellsnes Peninsula seemed to run right into a mountain. 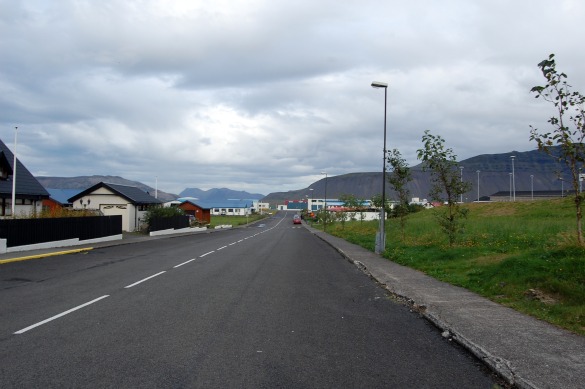 One hazard of driving on the Snaefellsnes Peninsula, as elsewhere in Iceland, is narrow one-lane bridges. Approach slowly until you’re sure the other car won’t try to cross at the same time. 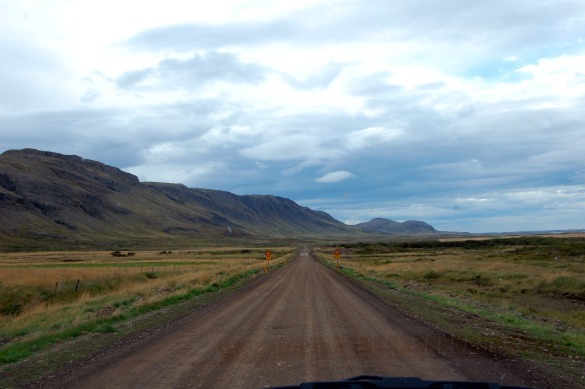 Roads in Iceland tend to hug the mountains or the coast, snaking their way across the land. 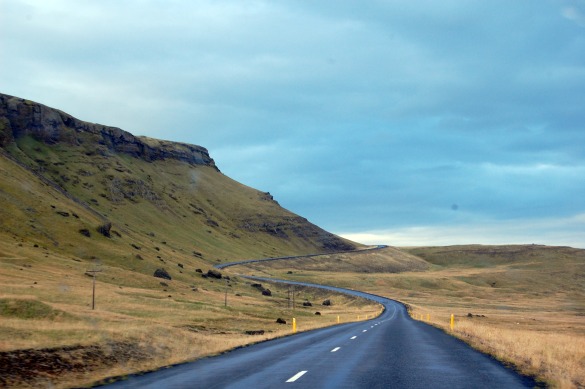 This private drive on the Snaefellsnes Peninsula led to one of Iceland’s many little churches that are scattered throughout the countryside. 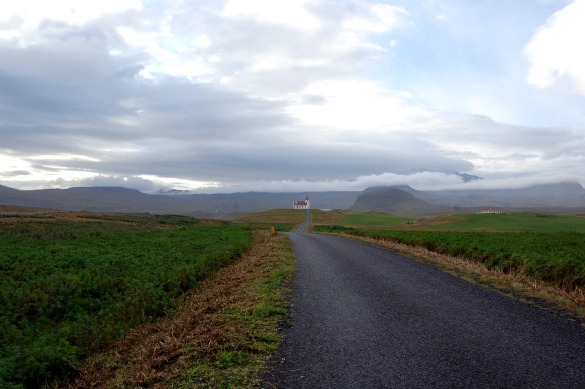 A detour just passed Olafsvik on the Snaefellsnes Peninsula led us to the beautiful coastal road, and a little-known hiking path. 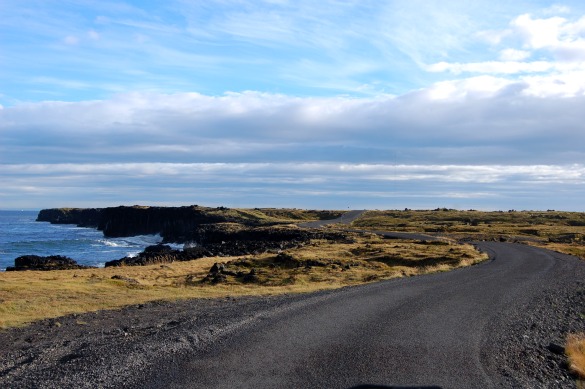 On the Snaefellsnes Peninsula, the large stone pillars to the right were formed by erosion from the sea. 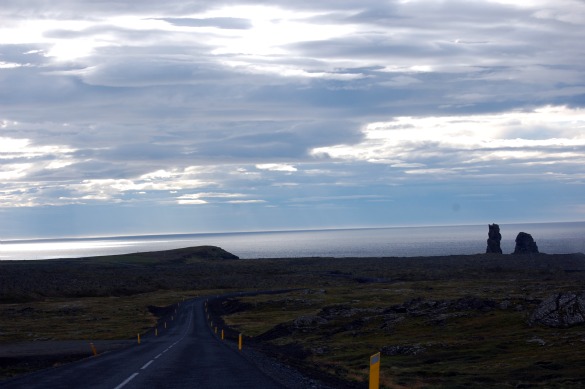 Near Hengill, southeast of Reykjavik, we came upon this road, which curved and looped like a spaghetti noodle. 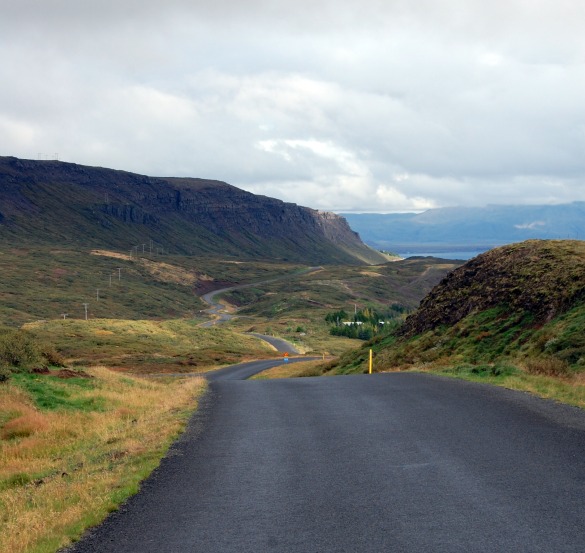 What are some of your favorite spots for driving in Iceland?