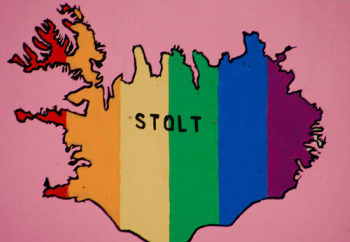 Attitudes about sexual orientation and equal rights have always been very progressive in Iceland. Iceland is the only country in the world to have an openly gay prime minister (Johanna Sigurdardottir) and according to Reuters, “the prime minister’s sexual orientation garnered far more interest among foreign media than in Iceland, where the attitude toward homosexuality has grown increasingly relaxed in the past two or three decades.”

Iceland repealed all laws banning homosexuality in the 1940s, and in 2006, the country gave gay couples the same reproductive and parenting rights open to straight couples.

Now, Iceland may become the sixth country in Europe to legalize gay marriage. 49 members of Parliament voted to make the change to add the words “man and man, woman and woman”  to marriage legislation. None voted against. The president still needs to approve the bill, though he is expected to do so.

Iceland has a small but flourishing gay and lesbian community, and a large gay pride parade and festival, attended by about 80,000 people, is held every year in August.