25 Things You Didn’t Know About Iceland

1) At roughly 39,000 square miles, Iceland is small – about the size of the US state of Ohio. 11% of the country is covered with glaciers, and 8% of that is a single one, Vatnajökull, which is located in the vast and nearly uninhabited interior. Three of Iceland’s five glaciers are the largest in Europe. Another 30% of the land is lava fields.

>> Read about transportation in Iceland

2) Though it’s called Iceland, the name is a bit misleading. It seems Iceland should have been called Greenland, and vice versa. When Eric the Red colonized Greenland, he decided give it a more inviting name to entice people to move there.  Iceland, on the other hand, doesn’t even get as cold in winter as New York City, on average.

3) Only about 320,000 people live in Iceland. Of those, over 2/3 of the population live in and around Reykjavik, which is the northernmost capital in the world. 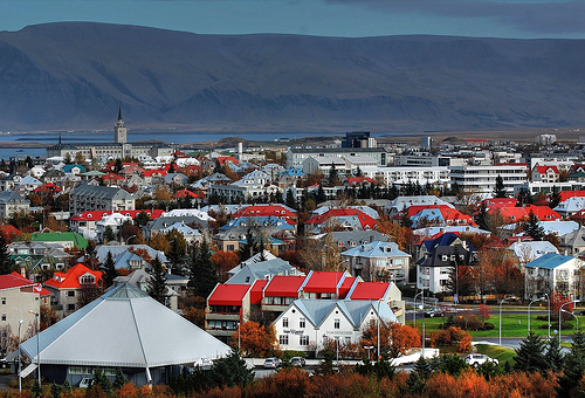 4) Iceland sits out in the North Atlantic Ocean, just south of the Arctic Circle (which passes through the island of Grismey but not through the mainland itself). It’s part of Europe (but not part of the European Union), though Norway is 603 miles away. Flying time from New York to Iceland is only about five hours.

>> Learn more about flights to Iceland

5) Because of its northerly position, the sun shines in Iceland nearly 24 hours a day during the peak of summer.  In mid-winter, the area experiences the Aurora Borealis (Northern Lights) phenomenon on clear nights, and it’s only light about four to five hours each day. 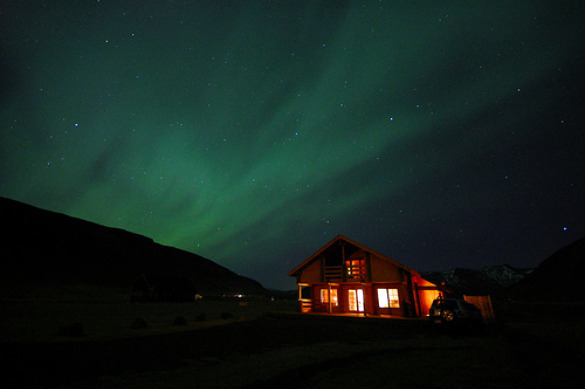 6) Iceland is one of the most geologically active spots on Earth. It sits at the meeting point of the Eurasian and North American continental plates – which are slowly moving apart. The result is some of Iceland’s unique geological features, like the rift at Thingvellir, Geysir, hundreds of waterfalls (two of which – Gullfoss and Dettifoss – are the most powerful in Europe), and near-daily mini-earthquakes. After seeing the beauty of Iceland, you begin to understand why, while only 20% of the Icelandic population says they believe in the existence of elves, 80% say they aren’t willing to rule out the possibility.

7) Iceland is home to the youngest place on Earth. Surtsey Island, in the Westman Islands, came up from the ocean floor during a volcanic eruption in 1963. It is now a UNESCO World Heritage site. 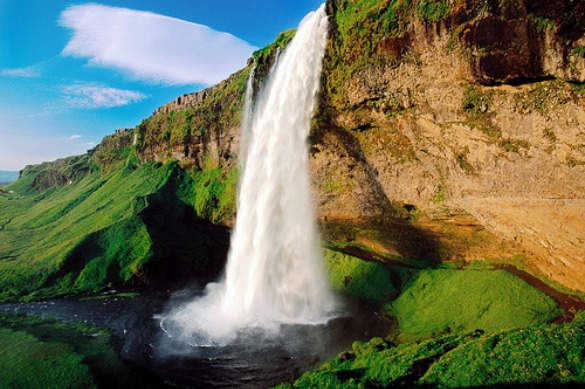 8 ) Iceland is also abundant in natural beauty. Within the country you’ll find volcanoes, mountains, Fjords, glaciers and glacial lagoons, black sand beaches, lava caves, and towering seaside cliffs. What you won’t find, are lots of tall trees. An old Icelandic joke is that if you ever get lost in a forest in Iceland, all you need to do is stand up.

9) The Norse people are the first believed to have settled Iceland; they arrived as early as the 800s. Ingólfur Arnarson, the first known permanent settler, built his house near Reykjavik in 874, and by 930, the land was mostly settled. In the late 14th century, Iceland fell under control of Denmark and did not become independent again until 1944. 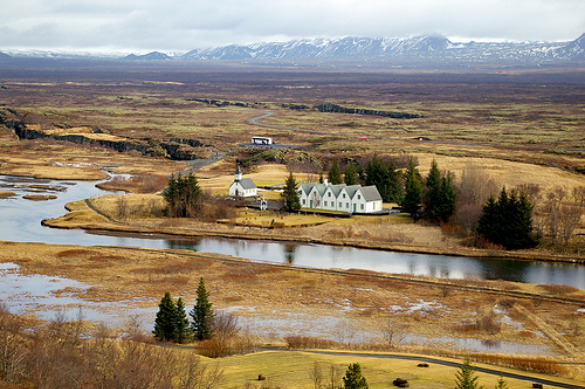 10) Iceland is a parliamentary republic, and is the site of the oldest Parliament in the world, which was founded at Thingvellir in 930. The head of government is the Prime Minister; there is also a President, which is a largely ceremonial position.

11) In Iceland, people are named using patronymics, which creates a “last” name based on the father’s first name and the person’s gender, e.g. Katrín Karlsdóttir (Katrín, Karl’s daughter). Because of this, the Icelandic telephone directory is listed alphabetically by first name. 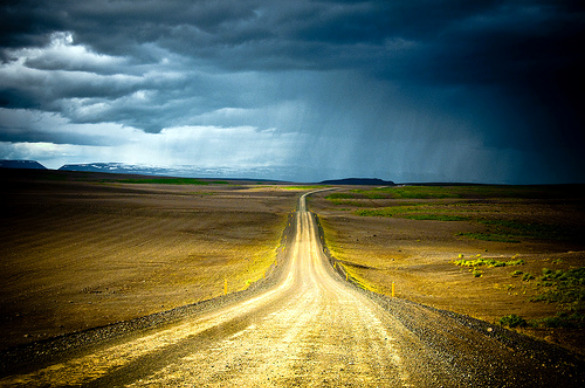 12) Iceland has one of the highest per capita rates of car ownership in the world. There is one car for every 1.5 people, and by car is the best – and in many cases the only – way to get around. There is no rail system in Iceland.

13) The Ring Road (Route 1), the 831-mile long road that circles Iceland, was only completed in 1974, and is still unpaved in parts, as are many roads in Iceland. In fact, there are nearly double the number of miles of unpaved roads as there are paved roads.

>> Learn more about driving in Iceland 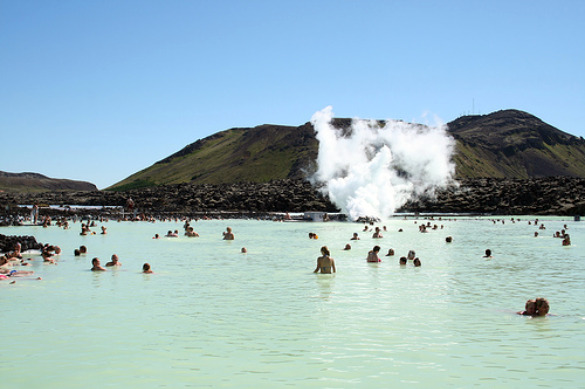 14) Renewable sources such as geothermal and hydro power provide about 80% of the nation’s total energy, and Iceland expects to be energy-independent by 2050. Iceland has never produced oil or gas, and it is one of the few countries to offer filling stations dispensing hydrogen fuel for cars powered by fuel cells. Even the famous Blue Lagoon was created from the runoff water from a hydro-electric power plant.

15) Iceland is very progressive in gay and lesbian matters. In 1996, legislation was passed to create registered partnerships for same-sex couples and in 2006 same-sex couples were granted the same rights as different-sex couples in adoption, parenting and assisted insemination treatment. In June of 2010, Parliament unanimously voted to approve same-sex marriages. Jóhanna Sigurðardóttir, who became Iceland’s first female Prime Minister in 2009, is also the world’s first openly gay head of government.  Strip clubs, however, have been banned since 2010. 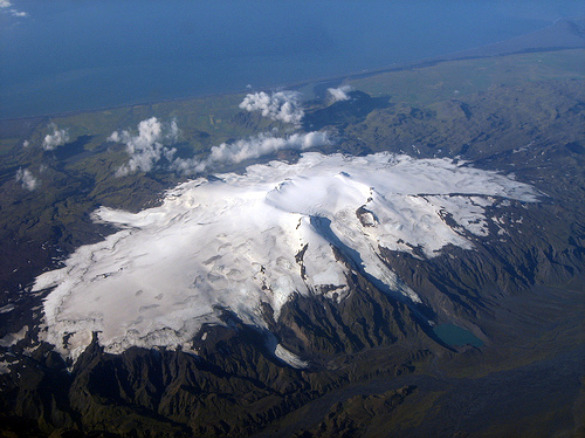 16) Though Iceland is home to 130 volcanoes, only about 40 have erupted in the last 1000 years.  On average, a volcano erupts every 5 years.  While Hekla, which erupted several times in the 1300’s and caused widespread destruction,  is one of the most active in the world,  Grímsvötn was the last to erupt. It erupted in May 2011.

17) The Icelandic police don’t carry guns. Crime in Iceland is very low, and guns are illegal (except for hunting) so they only carry extendable batons and pepper spray. 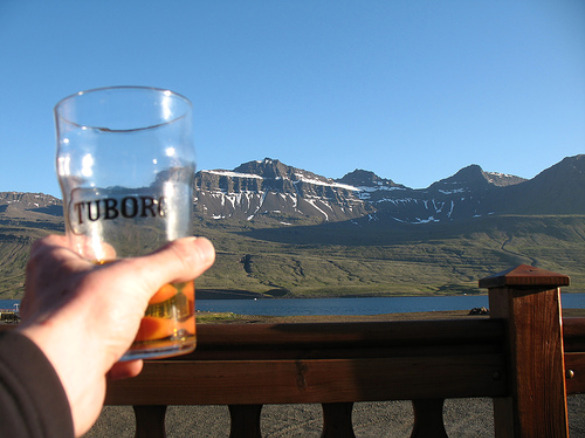 18)  Beer was banned in Iceland from 1915 until March 1, 1989. Actually all alcohol was banned from 1915 to 1935, but when Prohibition was repealed, the beer ban stayed. Though the country’s unofficial national drink, Brennivin, is called “the black death” and contains 40% alcohol, some Icelanders feared the dangers of beer. Since the repeal of the beer ban, Beer Day has been celebrated on March 1.

>> Learn more about drinking in Iceland

19) During the 19th century, over 15,000 people left Iceland due to poor conditions, and the population dwindled to under 50,000. Many of those people settled in North America, in the Canadian province of Manitoba, where they created a colony called New Iceland. Other former Icelanders went to Utah, and today Spanish Fork, Utah has one of the largest Icelandic populations, most of whom are Mormon. 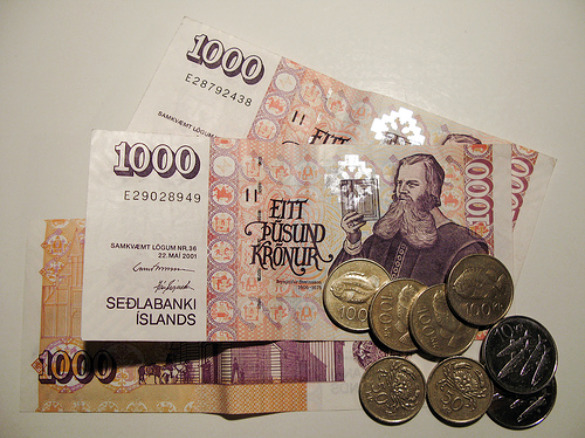 20) Tipping is not necessary in Iceland as it is included in the total bill. However, contrary to popular belief, a service person will not be insulted if you offer a tip for exceptional service.

21) Icelandic, the official language, remains very much unchanged from early days.  In fact, instead of adding foreign words, it always makes new words from existing phrases. Icelanders are taught Danish and English in schools though, so most have some proficiency in English. There is no Icelandic word for please. 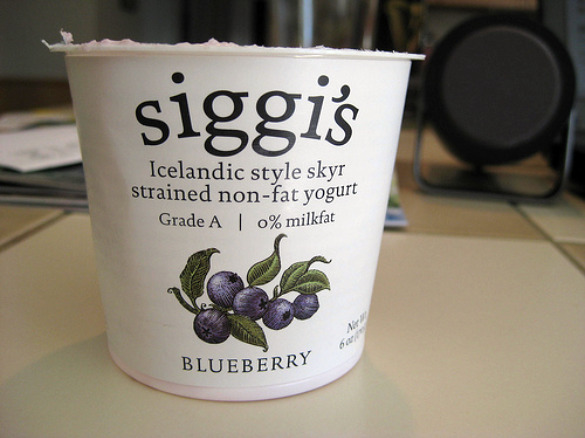 22)  Iceland is known for some odd (by American standards, anyway) delicacies like whale, puffin, boiled sheep’s head, ram’s testicles, horse, and harkarl – a kind of fermented shark. But Icelandic food is also typically very healthy and all-natural, like skyr – a thick, slightly sour yogurt that is very high in protein and nutrients but virtually fat free. Here, organic isn’t a yuppie trend, it’s just the way things are. The country doesn’t even have a McDonald’s anymore (though that was more about cost than being health-conscious). The last of the three McDonald’s restaurants in Reykjavik closed in 2009. Icelanders do consume more Coca-Cola than any other nation on Earth, per capita, but it is said to the best tasting because it is made with Icelandic water and not corn syrup.

23) Drinking is very expensive in Iceland, but that doesn’t stop the people from partying until the week hours on Friday and Saturday nights. They just pre-drink at home before they head out on the runtur, or pub crawl. 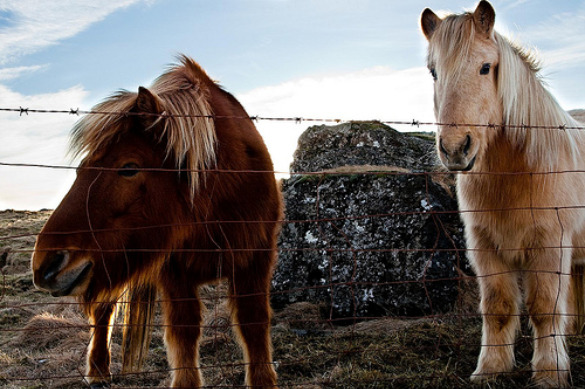 24) Icelandic horses are one of Iceland’s natural treasures. There are over 80,000 Icelandic horses in the country, known for their friendly,docile nature and unique fifth gait. The horses are so beloved,  and their purity and bloodlines so protected, that no other horses can enter the country and once an Icelandic horse leaves, it can never return. Horses aren’t the only animals in the country though. While the only land mammal native to Iceland is the Arctic Fox, the country is also home to lots of sheep – there are nearly twice as many sheep as there are people in Iceland. There are no native reptiles or amphibians on Iceland and only about 1300 insects, compared to about 1 million throughout the world.

25) Icelanders enjoys an excellent quality of life. Though at 43.5 hours per week, they have the longest work week in Europe , they also have one of the longest life expectancies. In 2007, Iceland was ranked the number-one most developed country in the world by the UN’s Human Development Index. Iceland has the highest literacy rate in the world and has been rated one of the best places in the world to be a mother, based on maternal death rates and access to health care. Iceland is one of the most technologically advanced companies and has the highest number of broadband internet connections per capita in the world. Icelanders also go to the movies more (per capita) than people anywhere else.

Ready to go? Use the widget below to look for flights, hotels, hostels and vacation packages!