What to Do with Two Days in Iceland

When you look at a map of Iceland, you can’t help but think “It looks so small.” But once you set foot on Iceland, the enormity of it strikes you. Yes, it’s roughly the size of the US state of Ohio, and yes, you could conceivably drive the 832 miles (1332 kms) around the Ring Road in two very long days, but once you take in the incredible variety of topography, the long finger-like fjords that snake off the Ring Road, and the expansive valleys and massive glaciers, Iceland begins to feel larger than life.

Still, even if you only have a short stopover in Iceland, you can see and do quite a bit. The roads around Reykjavik are well-maintained, distances are short, domestic air flights are quick and inexpensive, and many sights are clustered around the city. If you’ve only got two days in Iceland, here are a few possible itineraries.

Reykjavik and a Day Trip 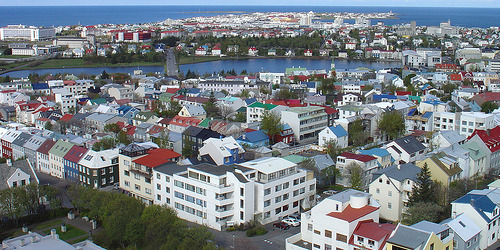 Most flights to Iceland arrive to Keflavik International Airport early in the morning and depart later in the evening, which means even if you only stay one night in Iceland, you’ll still have nearly two full days to explore.

>> more on the Blue Lagoon

After you’ve had a refreshing soak in Iceland’s most popular tourist attraction, check in at your hotel and then make for the city center. Laugavegur is the main shopping street and runs down the center of the city. Here you’ll find lots of pricey stores selling the forward-thinking designs that Icelander are so fond of, from shoes and clothes to art and home furnishings. You’ll also fine several souvenir shops where you can pick up a traditional Icelandic sweater, called a lopapeysa. If you’re on a budget and your visit falls over a weekend, save your money and head to the Kolaportid weekend flea market in the harbor instead. Sweaters here much cheaper than those found in other stores.

>> more on shopping in Reykjavik
>> more on the Kolaportid 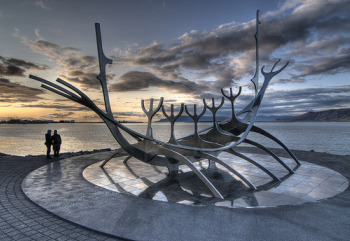 While you are down in the harbor area, check out the Viking Boat, a sculpture overlooking the bay, and pick out the whaling ships (identified by the large white H) amongst the tourist whale-watching ships. The harbor is also a great area to find inexpensive places to eat. Try an Icelandic hot dog from Bæjarins beztu, a tiny red hot dog stand that once served Bill Clinton. Of course, if your budget allows for more, there are plenty of other places to drop some dough on an unforgettable meal of Icelandic delicacies like puffin and whale or some fresh-from-the-sea seafood.

>> more on where to eat in Reykjavik

Be sure to visit at least one of Reykjavik’s museums to learn more about the history and culture of the country.Reykjavik is home to some amazing art museums showcasing both local and international talent. My personal favorite though, is the 871 Settlement Museum, which houses an actual Viking longhouse that is over 1000 years old and was unearthed 2001. For stunning views over the city and bay, ride the elevator to the top of the Hallgrímskirkja Church, which has a top-floor open-air viewing deck.

>> more on museums in Reykjavik

As night creeps on, it’s time to head back to your hotel and get ready for the weekend runtur (you can still find a place to drink on a weeknight, but the city is much quieter). Have  a few drinks while you wait for an acceptable time to hit the town – much early than 11pm and you might be the only one out. You’ll also want to have a few before you go out, as drinking in Iceland is insanely expensive. 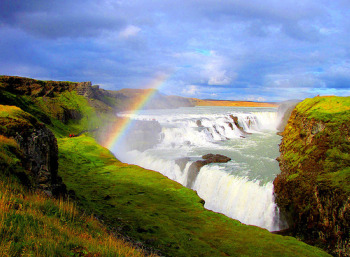 Shake off your hangover and get ready to explore some of the natural beauty of Iceland. Reykjavik may be home to the majority of Icelanders (about 2/3 of the people live in the greater metropolitan area), but it’s still relatively small in size, and in fewer than 15 minutes you can travel from the center of the city to what feels like the middle of nowhere. If you have a car, you can easily set out to explore on your own. If not, there are dozens of companies that offer excellent day trips to the major sites around Iceland. You can go horseback riding, snowmobiling, glacier walking, cave exploring, snorkeling, or you can explore the natural wonders that make up the Golden Circle – Geysir, Gullfoss waterfall, and Thingvellir National Park.

>> more on day tours from Reykjavik
>> more on the Golden Circle

Just remember, while those who visit in summer will be blessed with long daylight hours, winter visitors only have a few hours of sun each day, so don’t overestimate what you can cover if you’re coming in the middle of winter.

Air Iceland offers several excellent day trips from Reykjavik. They aren’t cheap, but if you are on a short timeframe and want to see more of the country that just the southwest, they provide a great option. Stay off with the Day 1 itinerary above and then book a day trip to the north side of Iceland. See Lake Myvatn and the powerful Godafoss waterfall, spots whales and dolphins in the waters off Husavik, and visit Akureyri, the capital of north Iceland and home to the world most northerly botanical garden. Trips include airfare to and from Reykjavik and are generally 8-12 hours long. Some operate year round, while others are only available in summer. Other destinations include Greenland, Grimsey and the Westman Islands.