The Best Restaurants for a Splurge Meal in Reykjavik 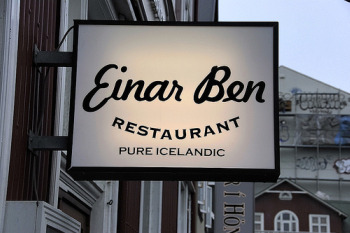 While it’s easy to dine on a smaller budget in Iceland, it’s also easy to spend a few hundred dollars on dinner, especially at Reykjavik’s more upmarket, trendy restaurants. Here, dinner for two with wine (for which you can expect to pay at least 4500 ISK per bottle) one appetizer, two entrees, and one dessert, will cost anywhere from $160 to $200 on the low end and up to $230-$300 on the higher end of the spectrum.

Einar Ben is located in the city center and is named for the pet who once lived in the 18th century house that is now the restaurant. Entrees like carpaccio of foal and langoustine with truffle start at 2000 ISK, while entrees include dishes like beef burgundy and pan-fried arctic char for 4-5000 ISK. A 5-course set menu is 7990; with wine it’s 12,900 ISK. 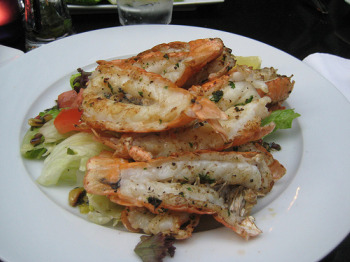 Fish Market has been earning accolades since it opened. And it’s no wonder. The head chef trained at a Michelin-starred restaurant in Luxembourg before returning to Iceland (her homeland) to open the restaurant. The welcoming space features both upstairs and downstairs dining rooms. The downstairs also offers a raw bar and the upstairs has a small lounge area, perfect for enjoying a cocktail and a few appetizers if you didn’t make a reservation (recommended).

Fish Market also serves lunch, which I found to be a great way to sample the fare on a smaller budget. Lunch sushi rolls and appetizers start at 1390 ISK, with entrees starting at 1490 ISK. For dinner, expect to pay 21,000-25,000 ISK for two people.

Fish Market’s menu mixes Icelandic recipes with Asian influences and offers dishes like grilled minke whale, smoked puffin, monkfish and grilled local lamb.  Appetizers run about 2700 kronur and main courses are around 4500, or you can opt for a multi-course tasting menu for 8900 kronur per person. If you do, don’t miss the broiled king crab topped with a chili aoli; I consider it one of the single best things I tasted in Iceland.

Recent newcomer Dill has made quite a splash on the Icelandic culinary scene. It focuses on new Nordic cuisine – traditional recipes with a modern twist – and serves both lunch and dinner. Dinner guests can choose from 3 to 7 courses, ranging in price from 5400 to 9500 ISK per person. A 7-course menu, with amuse bouche, champagne, wine pairings, coffee and dessert, is 19,000 ISK (about $150 at the current exchange rate) per person.

The award winning , Sjavarkjallarinn, or Seafood Cellar, is located in Iceland’s oldest cellar. Serving an eclectic collection of Nordic/Asian fusion dishes, with an emphasis on seafood of course, it is considered one of the best restaurants in Reykjavik. Appetizers include dishes like shellfish soup, sushi, scallops, and lobster with truffle and caviar, and entrees include offerings like smoked haddock, salted cod, and lobster with garlic, lychee, and fennel.

Perlan is located in the Pearl, a large round building perched on a hill just outside of the city center, known for provide beautiful views of Reykjavik. A bar and rotating restaurant top the structure and offer upscale Icelandic cuisine, with a view. Appetizers like marinated trout and whale carpaccio start at about 2,000 IKS.

Entrees such as salted cod, blood orange duck breast, and beef tenderloin cost just under 5000 ISK. Add in dessert and bottle of wine, and you can expect to pay about 20,000-25,000 ISK for dinner for two. Of course, in addition to the excellent food and service, you’re also paying for the view.

Þrir Frakkar, which means three overcoats,  is a family-run restaurant known for its excellent seafood dishes, including a to-die-for version of plokkfiskur (I was told it was the best in town, and while I can’t say for sure that it was, it was certainly among the most delicious meals I’ve had in Reykjavik).  Appetizers like minke whale or steamed mussels are 2100 ISK, while entrees like grilled halibut, monkfish or cod range from 3200 to 3900 ISK. The delicious and hearty portion of rich plokkfiskur is 2890 ISK. 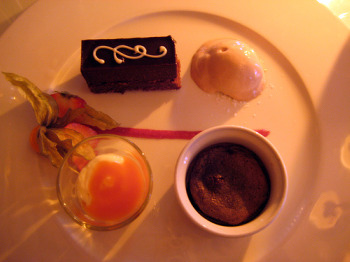 Lækjarbrekka is located in one of the oldest buildings in Reykjavik, and is impossible to miss if you walk down Bankastræti street in the center or town (right by the tourism office). Lunch and dinner are served and reservations are recommended. Light courses, like the famous lobster bisque (rumored to be the best in Reykjavik), sandwiches and salads, average about 1500 ISK.

For dinner, appetizers like carpaccio of horse or puffin salad start at 2200 ISK. Entrees such as smoked salmon, salt cod, minke whale, or red deer are around 4000 ISK. Three-course set menus start at 7000 ISK. A traditional Icelandic buffet is also available for 6000 ISK.