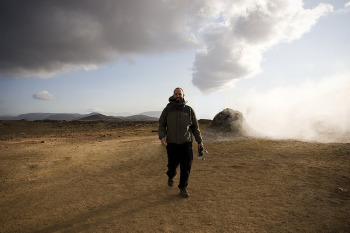 Of the places in the world to travel solo, Iceland may be one of the best. Whether you want to bike around Iceland for a week alone as part of your round the world trip or stay in Reykjavik and do some light-adventure day trips to the surrounding areas or even just pop over on a quick layover while you travel between the US and Europe, you can safely and easily do it alone in Iceland.

What makes Iceland so ideal for solo travel? Well, for starters, the country is very safe. Crime in Iceland is exceptionally low; the police don’t even carry guns! Though it floats out there in the North Atlantic, Iceland is part of Europe and is just as modernized as any Western European country. In fact, maybe even more so. Iceland expects to be energy independent by 2050 and has the highest number of broadband internet connections, per capita, of any country in the world.

Icelanders also have very progressive ideas about equality and are in general an extremely tolerant people (the female Prime Minister is also the world’s first openly gay head of government) so women traveling alone don’t need to have the same concerns as they might in a place where Western women might feel more vulnerable or uncomfortable. And though the official language of Iceland is Icelandic, most young people and those in the tourism industry all speak English so it’s easy to communicate as a foreigner.

Solo travel on a budget is also quite easy in Iceland. Lodging is expensive in the country (as is just about everything) but most hotels charge significantly less for single rooms than for doubles. Hostels are a popular budget lodging choice in Iceland and, if you’re willing to share a dorm room with a few other people, quite affordable.

Iceland offers plenty to do for the single traveler.  Join up with an organized tour to get the most bang for your buck and visit the Golden Circle or the black sand beaches of Vik. There are lots of alternative backpacker experiences as well. In the summer, you can camp in the vast uninhabited interior or stay in a small mountain hut with no one around for miles. Of course, if you’d rather stay in civilization, you can join the lively Friday night runtur (pub crawl) in Reykjavik. Even if you’re traveling alone, you’re sure to make some new friends.