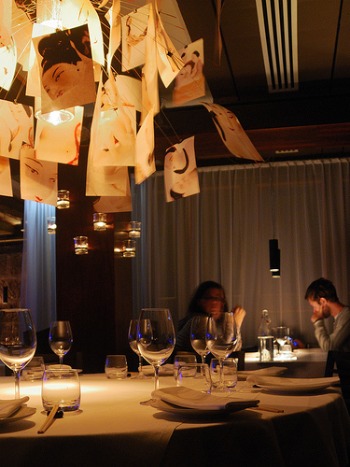 Looking for candlelight and romance in Reykjavik? Though the city is home to lots of budget eats in the form of take-out and counter-service joints, where its culinary offerings really shine is at the more upscale, more atmospheric, and yes, more expensive, restaurants. If you’re looking for a place to splurge on dinner in Reykjavik for a special occasion, here are a few suggestions.

But first, a few tips: 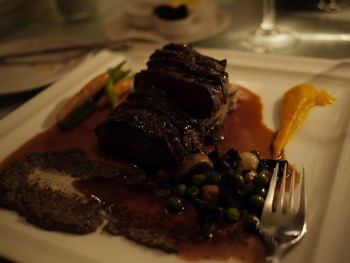 Cozy, candlelit Lækjarbrekka is located in one of the oldest buildings in Reykjavik, and serves modern Icelandic cuisine with a modern twist. Many diners opt for the three-course set menus, which  start at 7000 ISK and center on main ingredients like lobster or whale. For lunch,  light courses, like the famous lobster bisque, sandwiches and salads, average about 1500 ISK.

My favorite restaurant in the city,Fish Market and its head chef – who trained at a Michelin-starred restaurant in Luxembourg before returning to Iceland – regularly tops the lists of best places to eat in Reykjavik. The scene is dimly lit and swanky, with bamboo trees as a recurring motif throughout, including in the upstairs bar where low-slung couches invite you to linger with a drink.  Food is an Icelandic Asian fusion – think sushi rolls, freshl Icelandic fish with Asian infused sauces, and quality cuts of Icelandic meat.

Go all out with the multi-course tasting menu for 8900 kronur per person; otherwise, appetizers run about 2700 kronur and main courses are around 4500. They also serve lunch, with sushi rolls and appetizers at about 1390 ISK and entrees starting at 1490 ISK..

For the ultimate indulgence, check out newcomer Dill, which focuses on new Nordic cuisine – traditional recipes with a modern twist – and offers set menus of 3 to 7 courses, ranging in price from 5400 to 9500 ISK per person. A 7-course menu, with amuse bouche, champagne, wine pairings, coffee and dessert, is 19,000 ISK (about $150 at the current exchange rate) per person.

The award winning , Sjavarkjallarinn, or Seafood Cellar, is located in Iceland’s oldest cellar. The unassuming exterior gives way to a dark, sexy, and sophisticated interior.  Serving an eclectic collection of Nordic/Asian fusion dishes, the menu offers options like like shellfish soup, sushi, scallops, and lobster with truffle and caviar, smoked haddock, salted cod, and lobster with garlic, lychee, and fennel.

Þrir Frakkar, is less contemporary than some of Reykjavik’s other upscale restaurants; it offers more of a traditional, old-world charm. The name means three overcoats,  but it’s not as dowdy as its name would suggest. The specialty of the house is seafood, including what some say is the city’s best  plokkfiskur – a traditional fish dish made of boiled fish mashed with onion and baked with cheese, which costs 2890 ISK.  Appetizers like minke whale or steamed mussels are 2100 ISK, while entrees like grilled halibut, monkfish or cod range from 3200 to 3900 ISK. 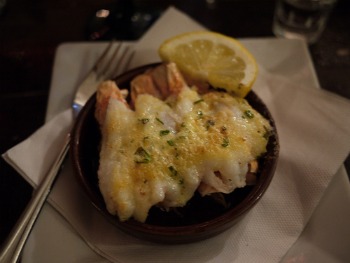 For romance on a smaller budget, try Tapas Barinn. Offering both traditional Spanish tapas (like shrimp sauteed in olive oil or patatas bravas) and smaller versions of Icelandic specialties (like grilled minke whale or smoked puffin), it’s an affordable alternative. The space is intimate but lively, and prices range from 890-1190 per plate. They also have one of the more affordable wine lists in town; house wines start at 4190 ISK for a half liter.

Situated in a masculine and airy space (think exposed brick, dark wood, and tall leather chairs), Argentina Steakhouse brings Latin American sultriness to Iceland. Serving up heaping cuts of tender steak, along with an extensive menu of Argentine, Chilean, Spanish, French and Australian wine, the steakhouse isn’t cheap. Entrees range from 4580 to 6300 ISK; the cheapest bottle of wine is about 5800 ISK.