Low-Cost Airlines That Fly to Iceland 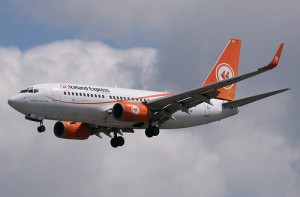 There aren’t too many airlines that fly to Iceland, and even fewer that would fall into the budget category, especially if you are coming from the US. In Europe, you have a few more options, with carriers like Finnair, SAS and Atlantic Airways offering flights to Reykjavik from Scandinavia. IcelandAir, the country’s flagship carrier connects over a dozen cities in Europe with Reykjavik, and also serves several cities in the US, including New York, Seattle, Boston, DC and Minneapolis. And Delta has just announced new service from New York to Reykjavik this summer.

Unfortunately for Americans, neither Delta not Icelandair really qualify as low-cost carriers. Though you can sometimes find great sales fares to Iceland on Icelandair in off-season, you can still expect to pay $350-$500 per person round trip, with prices skyrocketing to $700-$1000 per person in summer.

The country’s low cost carrier, IcelandExpress, offers a better alternative, especially for those already in Europe. Flights from London and other cities across the pond can be as low as 40 euros each way, with sales sometimes dropping the price to half that (of course in summer, it can be more). Lucikly IcelandExpress expanded to New York (serving Newark Airport) last year and will begin offering summer flights from Chicago to Reykjavik in June. Prices start at about $600 round trip for the five hour flight.