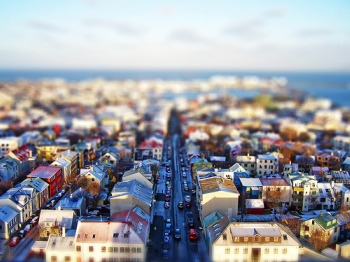 Iceland isn’t the easiest country to get to. Only two airlines – Iceland Express and Icelandair – operate flights from the US to Reykjavik, so prices tend to stay pretty high, despite the fact that it’s just a five hour flight from New York City.

Icelandair, the country’s first carrier, has slowly been expanding its list of cities served, now flying between Reykjavik and Seattle, Minneapolis-St. Paul, Boston, New York (JFK), Orlando, Toronto and Halifax. In 2010, Iceland Express, a low cost carrier that had flown between Iceland and Europe, expanded its service to the New York area (Newark Liberty Airport).

But still, it was hard for me (in Chicago) to get to Iceland as cheaply and easily as I wanted. Every visit required that I book two tickets – my New York to Reykjavik flight (which generally costs $450-$800 round trip) and my Chicago to New York flight (at least $150-$200). But that won’t be the case come next summer.

Iceland Express just announced that in summer of 2011, they’ll be expanding their US service to include Chicago and Boston. Chicago service will start June 10 with once  a week service on Fridays. Flights from Boston will begin June 13 and operate four times per week.

You can already start booking and the fares are fantastic. I looked at flights for a variety of dates in June and July, and direct, nonstop flights from Chicago to Reykjavik were as low as $127 each way, plus taxes and fees for a total of just $464 round trip! The flight is just five hours long, making it easy to pop over for a long weekend getaway in Iceland.