How to Plan a Stopover in Iceland 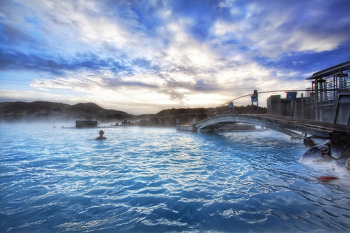 Though the days when jets had to stop in Reykjavik to refuel on their way from North America to Europe are gone, it’s still easy and cheap to plan a short stopover in Iceland on your way to or from Europe.

Icelandair offers service to Iceland from Boston, New York, and Seattle, and seasonally from Minneapolis/St. Paul, Orlando, Halifax, and Toronto. From Reykjavik, you can connect to over 20 destinations in Europe, including Amsterdam, Barcelona, Bergen, Berlin, Brussels, Copenhagen, Frankfurt, Glasgow, London, Munich, Oslo, Paris, and Stockholm. And, rather than just connecting in Reykjavik, you can plan a stopover at no additional charge. Stay for two days, stay for a week – there’s no additional fare charge.

And with so much that can be seen and done in just a few days in Iceland, why not add a free stopover in Iceland on your way between Europe and North America? Refresh in the Blue Lagoon, tour the Golden Circle, take a ride on an Icelandic horse, try some Icelandic specialties, buy a woolen lopapeysa sweater for a souvenir and then be on your way, having visited two countries for the price of one.

>>what to do with two days in Iceland