Getting to Iceland from Greenland 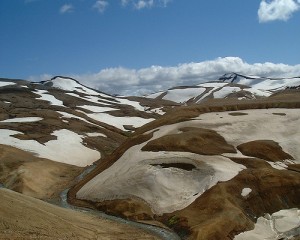 Despite their close proximity to one another, it can be very expensive to travel between Iceland and Greenland. Only two airlines serve Greenland: Air Iceland which operates flights from several cities in Greenland to Reykjavik (and other locations in Iceland) all year round, and Air Greenland, which offers flights from Narsarsuaq or Nuuk to Reykjavik.

>> more on flights to Iceland

Depending on your point of departure in Greenland – Nuuk, Kulusuk, Ilulissat, or Narsarsuaq – the AirIceland flight ranges from 2-3 hours, and doesn’t come cheap. Expect to pay anywhere from $250-$500 round trip, per person depending on time of year, how early you book, and the class of ticket. In additional to servicing Reykjavik from Freenland, AirIceland also flies to Akureryi, Egilsstadir, and Isafjordur. Note that AirIceland flights from Greenland to Reykjavik arrive at the Reykjavik domestic airport in the city, not the international airport in Keflavik.

>> more on airports in Iceland