Experiencing the Midnight Sun in Iceland 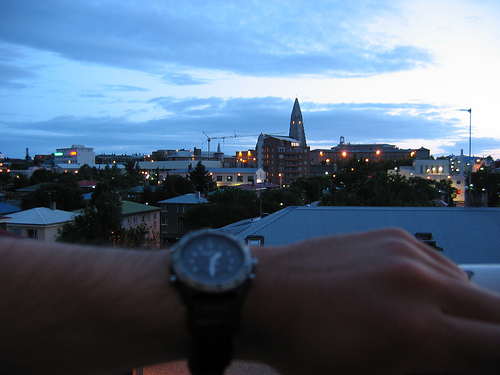 In few places on earth is such a small island packed with so much wonder as in Iceland. In fact the natural wonders of Iceland are the country’s main draw. Though it’s only about the size of the US state of Ohio, the country is teeming with waterfalls, mountains, beaches, fjords, geysirs and hot springs, caves, and other geological oddities. In winter, brilliant streaks of colored lights illuminate the night sky during periods of aurora borealis activity. And in summer, the daylight hours stretch until the sun barely sets, in what is know as the time of the Midnight Sun.

Understandably, many tourists time their visit to Iceland to take advantage of this unique phenomenon. There’s just something surreal about standing in broad daylight at 11pm, plus all those extra hours of daylight mean more time for sightseeing. If you’re planning a trip to Iceland to experience the Midnight Sun, here’s what you need to know.